We have enjoyed some wonderful Autumn weather this week.  The trees are not very beautiful with dull color and lots of brown leaves falling.  But the mornings have been crisp with frost most of them, and the afternoons have been sunny.  It is a dog's best weather and Lucy has been full of energy. 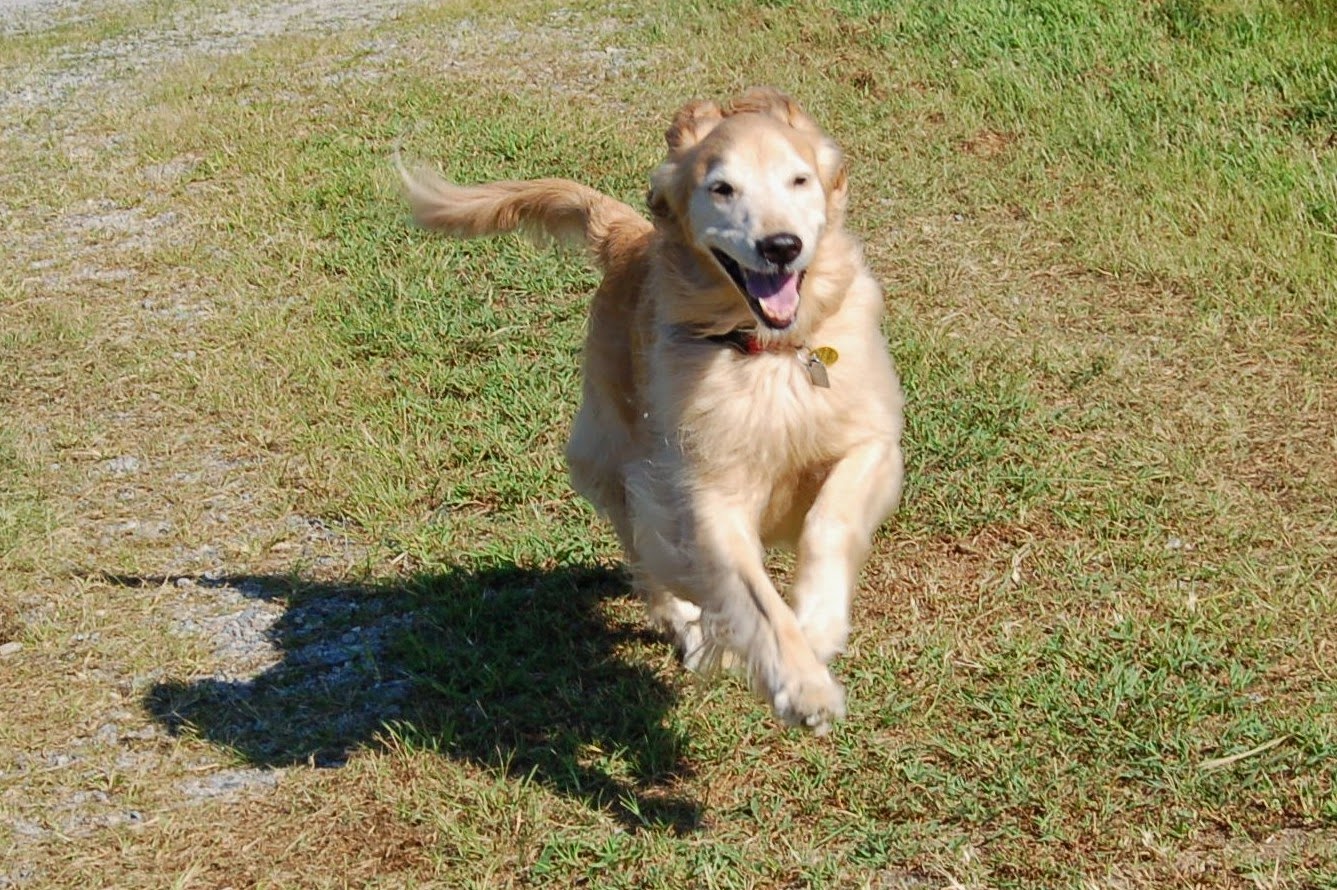 She does love to run 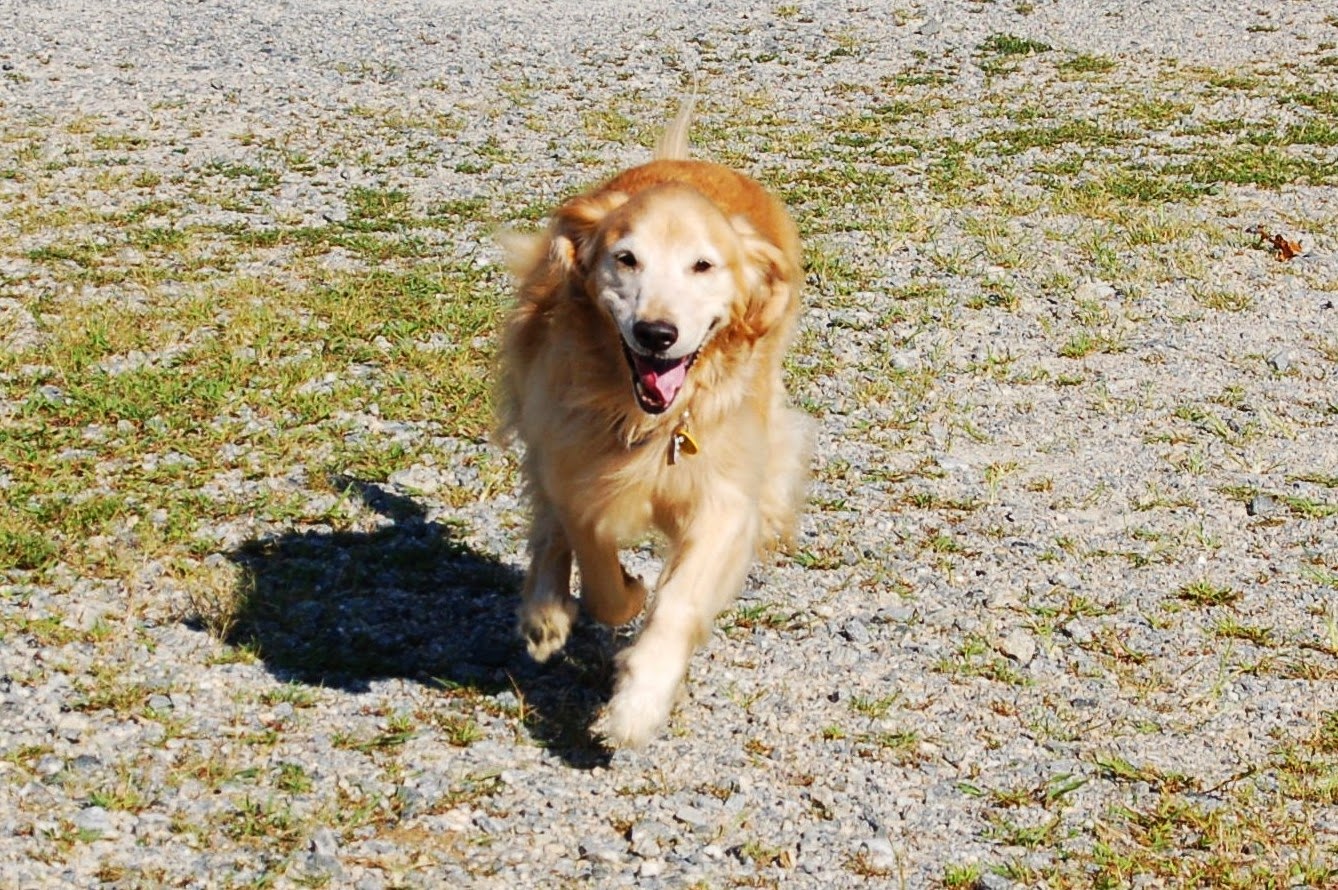 She got a little bored when we made her stop and rest for a while. 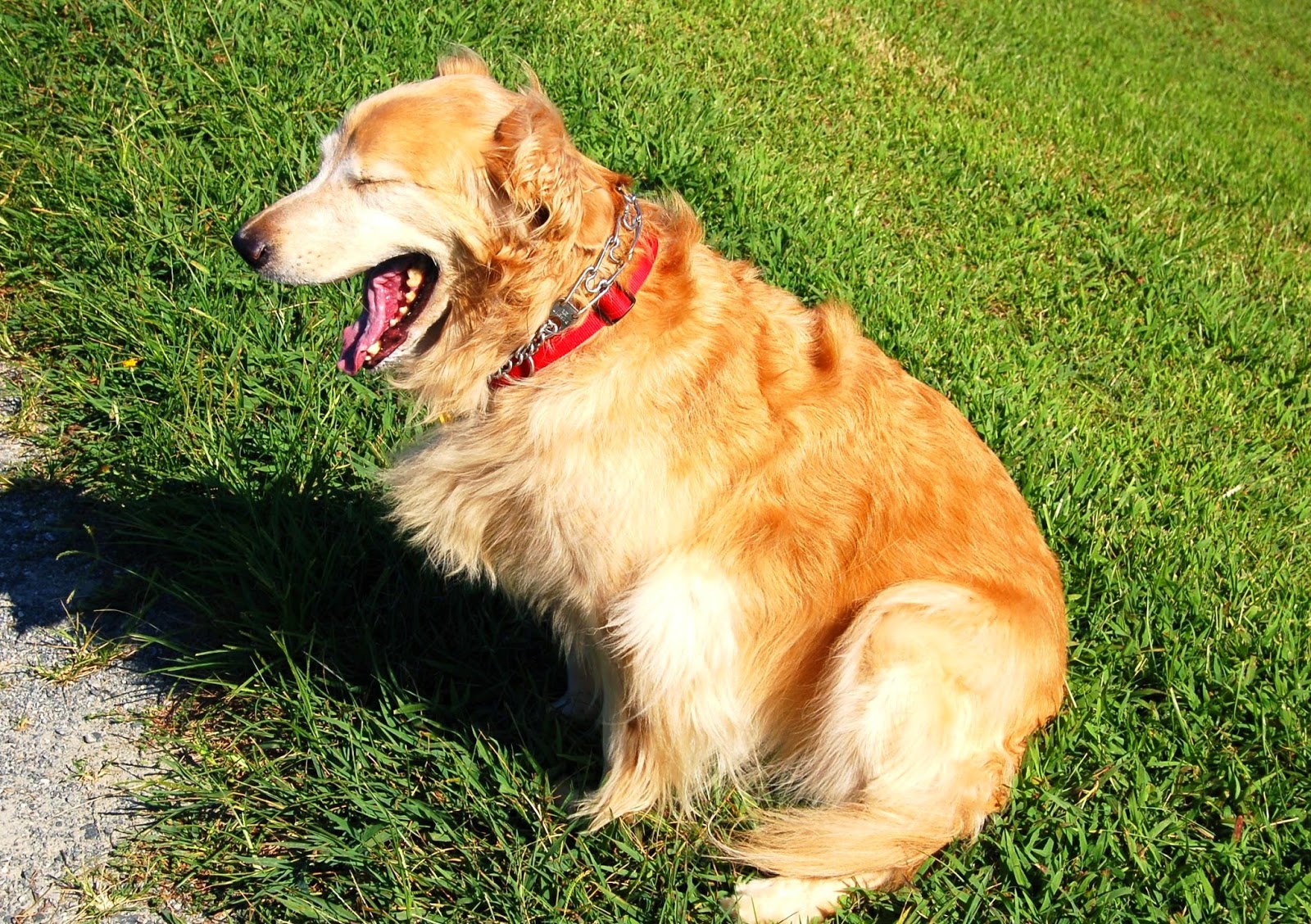 I'm taking a blogging break for a couple of weeks.  Our daughter is coming for a visit and we will hit all the nearby mountains and towns and maybe some not so nearby.  I won't return until after Election Day so I need to encourage all of you to vote.  And don't concern yourself only with the Governor, Senate, and county elections.  Perhaps even more important in some states is the vote for State Supreme Court and District Appeals Court judges.  What better way to control the nation than to control the court system?  (And if you don't believe this, look at the actions of the Roberts Court and what the Citizens United vote did to manipulate our election process.)  This is especially true here in North Carolina where a single party controls the State Senate and House as well as the governor's seat.  They are desperate for like-minded judges less inclined to listen to appeals of some of the more onerous laws they have passed during their controlling time in office.

Judicial races are supposedly non-partisan, but a little bit of reading will give you an idea of which candidate  is more conservative and which is more liberal.  Find the candidate who reflects your views.  Despite the importance of these votes, many people vote blindly for judges.  And that is a shame.  So do some research and don't just vote for someone whose name sounds vaguely familiar.  Or who attended law school at the university of your favorite athletic team.  Be informed. These votes are crucial.

Today's quote is from John Quincy Adams:
"Always vote for principle though you may vote alone.  And you may cherish the sweetest reflection that your vote is never lost." 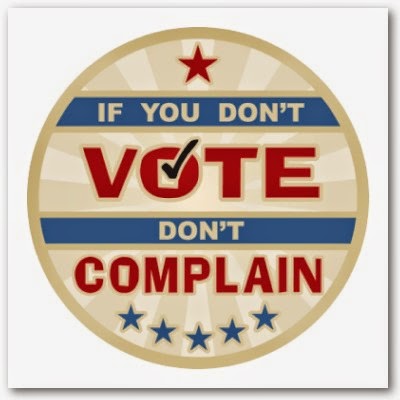 STAY HEALTHY AND HAPPY, EVERYONE
RESEARCH AND THEN VOTE!

Posted by NCmountainwoman at 4:47 PM

Oh, yes -- we should remember how important the judicial races are. I have been studying my little voter's guide.

Thank you for donating to the Mountain of Words! Contact me at vicki_laneYOUKNOWWHATGOESHEREmtnareaDOTnet so I can send you the story!

Good to see Lucy enjoying the beautiful fall weather! Enjoy your blogging break, and thank you for the great election advice. It's so important to get informed and GO VOTE!

I LOVE Lucy's happy face when she's running!!! Hoping for better times ahead for NC. I spent some time today at a history conference talking to a UNC grad student...it is criminal how badly the state's education system has been gutted.

Yep Dr. Linthead & I will definitely be voting!

I don't know if you went back & saw that I'd responded to your comment about the book club. Just wanted to make sure you know that the free kindle books are joke books - we each read a different one & then pan them hilariously at our meeting. We also read a "real" book each month too :)

Love the yawn.
You make a great plea. It is not enough to vote but to be an informed voter.
Have a great visit.

I love seeing the photos of Lucy running so happily - she really looks like she is smiling when she runs!

Thanks for the reminder about the judges. I'll admit - by that point in the ballot, I am often ready to be finished... (there are so many amendments on every ballot now) - but, I promise to research the judges this year.

Enjoy your break!!!! Have fun.

I'm voting!!! Have a great visit; stay safe and take a lot of photos to share with us.

I'm voting and I'm voting that I love your photos too! We've been enjoying great weather! I've thought of you this week as the Golden Retriever Club of America held their "National" in your corner of the world. Several of my friends attended and had a great time. I hope YOU have a great time visiting with your daughter--Isn't she from Wisconsin?

Have a happy time with your daughter.
And, OH YES, I will be voting. I agree with your observations on judicial races being highly important--or the power to name the judiciary.
Lucy looks lovely, as ever.

Thanks Carolyn. A clear explanation indeed....:)

Hope you're having a very happy time with family, exploring your area near and far.

I'm a permanent vote by mail gal, so yes, I read up on the issues and mail in my ballot. It's not only our right, but our duty.

Our pups are enjoying the great weather too! Enjoy your family break.

How I love to see dogs run.....their ears flapping, a happy look on their faces.
You capture Lucy beautifully.

Have a wonderful time with your daughter.
Precious moments.......

Lucy looks like she is having such a wonderful time! We are surrounded by corn and bean fields here, and our Sophie loves it when they've been harvested--new scents and a little more to explore:)

In Illinois we are faced with an incompetent candidate and an even worse one for Governor, but I will still vote. Most of all, I will be glad to no longer see all those awful campaign ads!