February 17th is a very special day.  One this date in 1976 our son was born.  When we brought him home, his older sister was very surprised to see that he was a REAL baby and could move his arms and legs and cry.  We had talked about the baby but her two-and-a-half year-old self didn't fully comprehend.

Our son is very smart and all his life he has used his wit and tongue rather than fists and threats to assault or defend.  He could recognize all the letters of the alphabet before he was eighteen months old.  Before he was three he was reading.  We never taught him, he just seemed to know.

When he was four he loved to listen to my old vinyl records.  One of his favorites was the Kingston Trio, especially "MTA."  The second time he heard it he looked at me in wonder and asked, "Why didn't his wife just put a nickel in the bag with his sandwich?"  I had no answer and had never thought of it before.

We went to Disney World and stayed at Fort Wilderness.  At a campfire, the two characters of Chip and Dale came by.  When he mentioned something about Dale I asked how he knew it wasn't Chip.  Not dropping a beat he said, "Because he has a red nose.  Chip's nose is brown."  I had never noticed the differences in their noses.

When he was five, he was swatting a balloon with a folded up newspaper.  I asked him twice to bat the balloon in his room and not in the den.  He took one more swat.  He hit a nearby lamp, knocking it over.  The lamp fell on my coffee mug and the base shattered.  The base of the lamp was glass and it was filled with seashells.  Bits of broken glass and shells were all over the floor and the coffee was seeping into the carpet.  I sent him outside to pull weeds.  (Physical labor seemed to be the most effective punishment.)  When he came back inside after the assigned time, I hugged him and told him that he was not being punished for breaking the lamp.  We understood it was an accident.  He was being punished for not obeying me about taking the balloon to  his room.  He paused for a minute to absorb what I had said.  Then he innocently looked up at me and said, "I understand.  But Mom, if I hadn't broken the lamp would I still have had to pull all those weeds?" 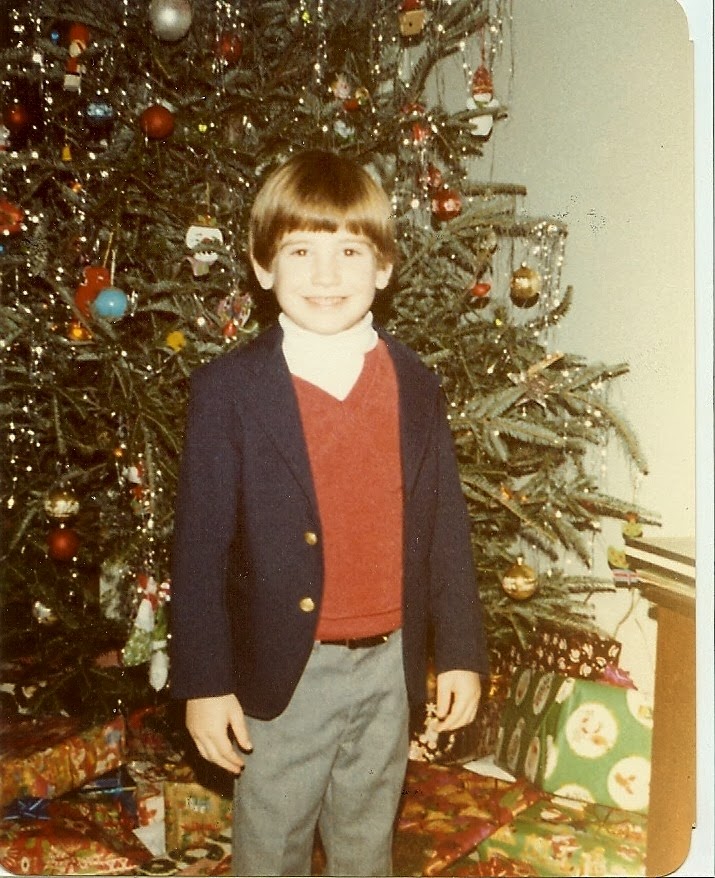 When he was six or so, he told us a lie.  I can't remember what it was.  At any rate, serious infractions called for a sit down at the empty dining room table to air out the problem.  We were very vocal about the importance of telling one's parents the truth and my husband and I went back and forth for several minutes.  Finally my husband looked at my son and asked, "Have you got anything you want to say?"  And ever so sweetly our son said, "Yes, sir.  May I be excused from the table?"

He loved his Big Wheel 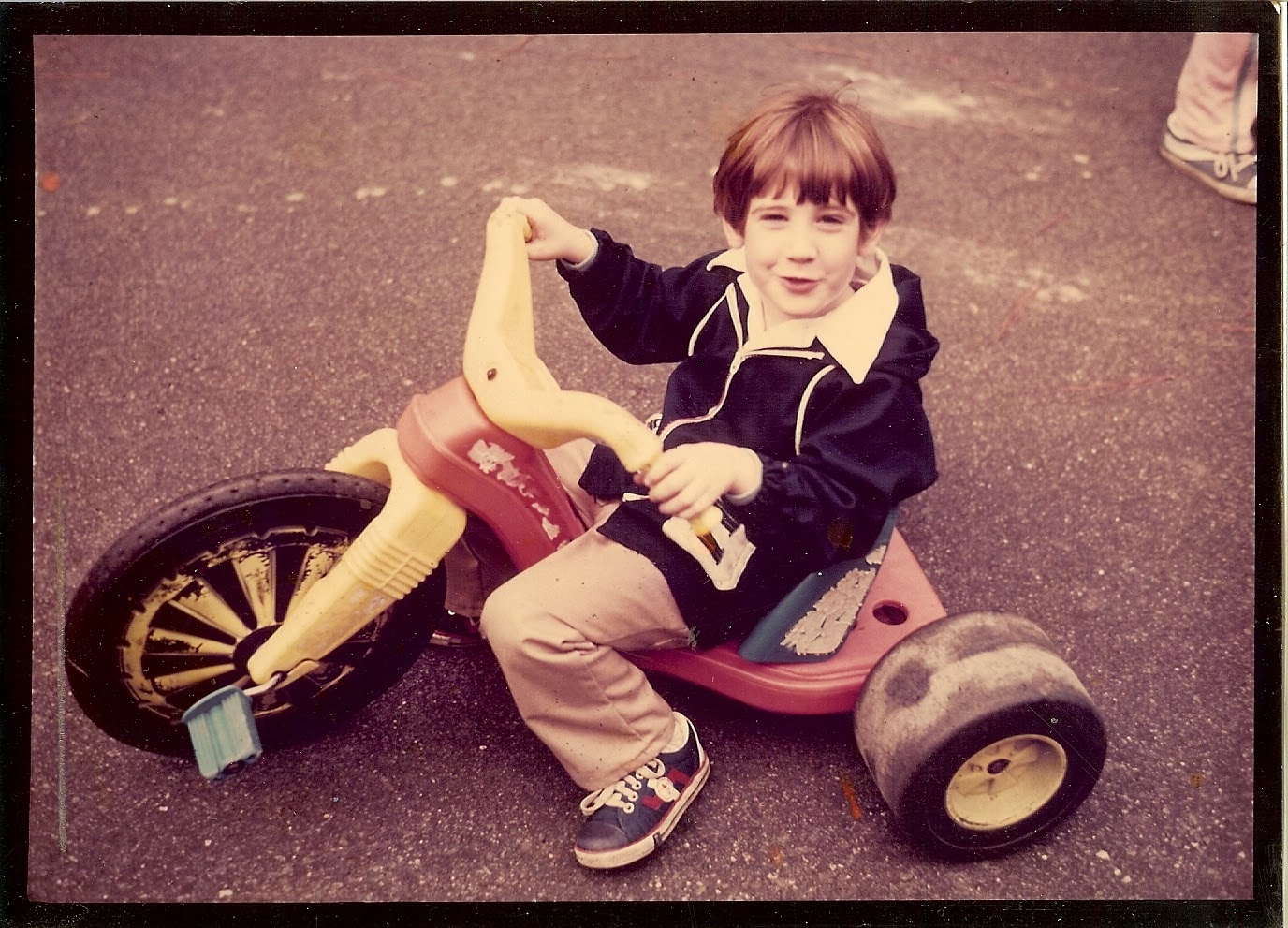 I could fill a blog about my son.  He was a challenging child and kept us on our toes.  And he grew up to be an amazing man.  A compassionate and caring man.  A man who is accepting of all types of people.

Yet he can still come up with a snarky remark now and then.

We love you, dear son.  Have a most wonderful birthday.  May 2014 turn out to be your best year ever!


Posted by NCmountainwoman at 3:14 PM

Such a lovely birthday post to your bright and wonderful son.

You had me laughing and smiling over your amazing son. He sounds like a super smart guy who takes after his mom!

Wonderful stories! He sounds like my older son who also read before he was three and was/is capable of great flights of snarkiness! Actually -- our whole family is known as the smartass family...

Love it--that's one of the nice things about blogs...we get to "meet" a wonderful son. And, let me add, happy birthday.
Even though I haven't met him (or you for that matter) there is a common thread in your maternal paean, one with which I identify.
And, he does sound whip smart, which makes for an interesting though challenging child.

I can feel your pride....mother and son, such a special relationship.

Tku for sharing your son with us and I do so hope he had a wonderful birthday.

I have a son and daughter......every child is special, a gift from God, but to have one of each is a blessing :)

He sounds like a pistol. Hope he had a fabulous birthday (& I hope his mom did too!).

Happy birthday to your son and happy birthing day to you! He sounds like a wonderful person, I love the request for permission to leave the table...out of the mouths of babes!

Happy birthday to your son and happy birthing day to you! He sounds like a wonderful person, I love the request for permission to leave the table...out of the mouths of babes!

Belated birthday wishes to your son from a fellow February birthday celebrant.

Oh my cuteness. I laughed reading his remarks....too smart for his parents??? You know I'm a fan of the quick witted types.
I always thought Chip was "Chip" because of his chipped tooth...never noticed the nose either.