So Much More Than a Coach

University of North Carolina Chapel Hill (UNC) Coach Dean Smith died last week at the age of 83.  At the time he retired in 1997 he was the winningest coach in college basketball.  (Many of his records have since been broken.)

Much loved and honored, Coach Smith started his career at UNC on rocky footing.  He succeeded Frank McGuire when McGuire was asked to resign.  Students and alumni alike were not happy with the choice and at first they did not appreciate Smith's coaching style.  Smith's first team lost more games than they won.

My husband was a student at UNC during the early Smith years and he recalls Smith being hanged in effigy following yet another loss.  That was the 1965 loss at Wake Forest.  The effigy was hanging from a tree outside Woollen Gymnasium, the "tin can" where UNC basketball teams practiced. 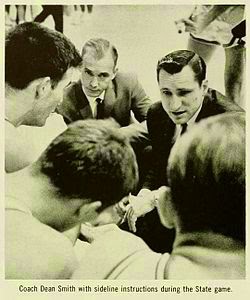 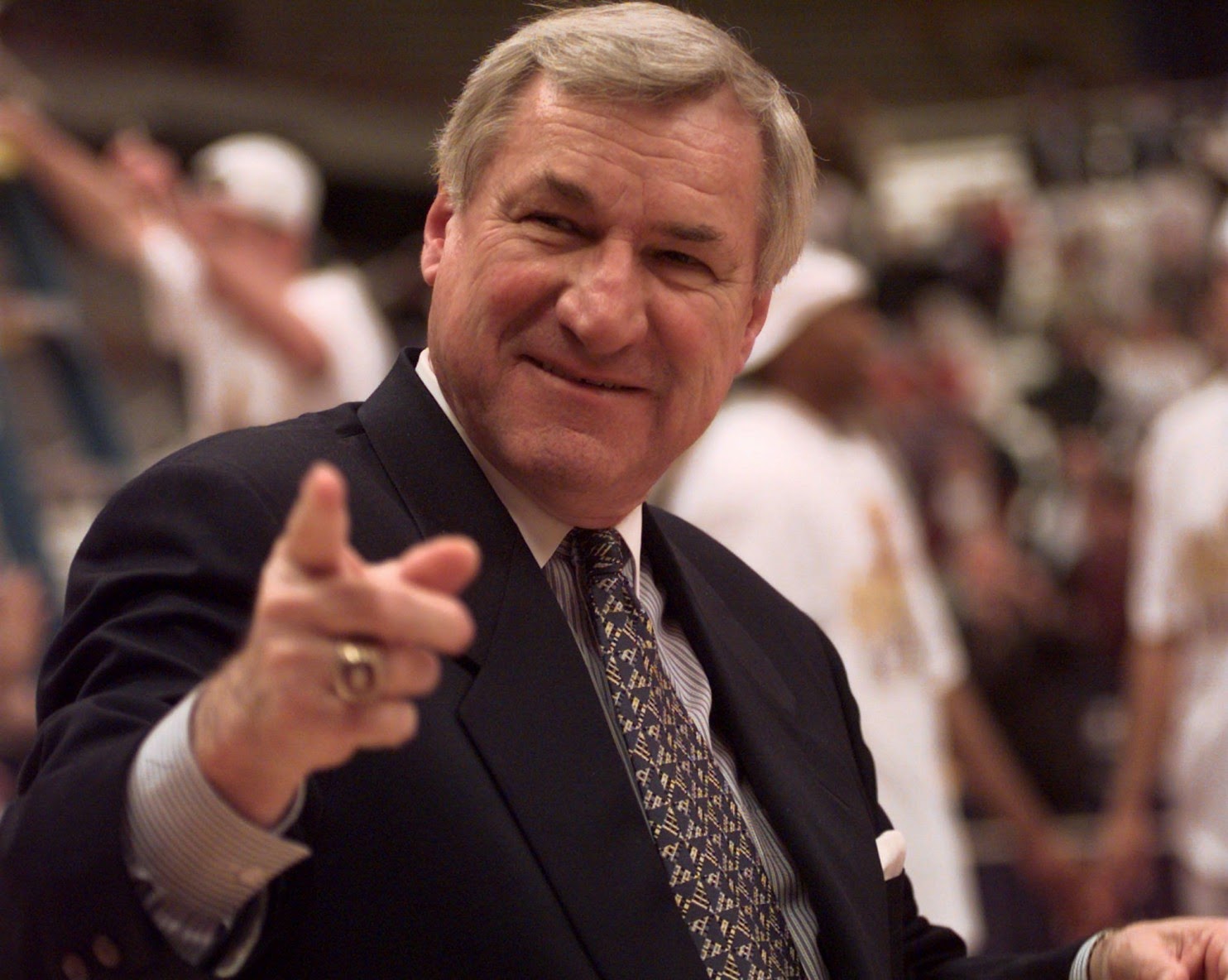 In 1967 Dean Smith made history by awarding a black student (Charlie Scott) a basketball scholarship to play for UNC.  Nowhere else in the South was a black person on a major college team.  Smith was criticized for breaking this barrier.  Some schools even referred to Scott as Dean Smith's trained monkey.  A few schools refused to play against UNC because of Charlie Scott.

Dean Smith took several black friends to one of Chapel Hill's finest restaurants at a time when blacks were not welcome.  The restaurant dared not refuse to seat them, so Smith helped integrate the restaurant.

Very active in his church, he supported the church's stand against the death penalty, against nuclear proliferation, and supporting the rights of gays and lesbians.  He openly spoke out when others chose to remain silent.  His church was "kicked out" of the Southern Baptist Convention and the NC Baptist Convention for supporting a gay minister's right to preach in the church.

He was a liberal and politically active in those endeavors.  He never failed to recognize the smallest fan and was kind to all he met.

I once had the occasion to contact Dean Smith to request a favor.  When the Smith Center was built, the old Carmichael Auditorium was torn down and pieces of planks from the gym floor were sold.  Carmichael was the place the Tar Heels played during my husband's eight years as a student at UNC.  We purchased a valued piece of the "paint" which came with a medallion, a photograph, an inscription and a computer-generated Dean Smith signature.  I wrote a note to Dean Smith, enclosed an index card and requested a genuine signature to replace the computer-generated one. 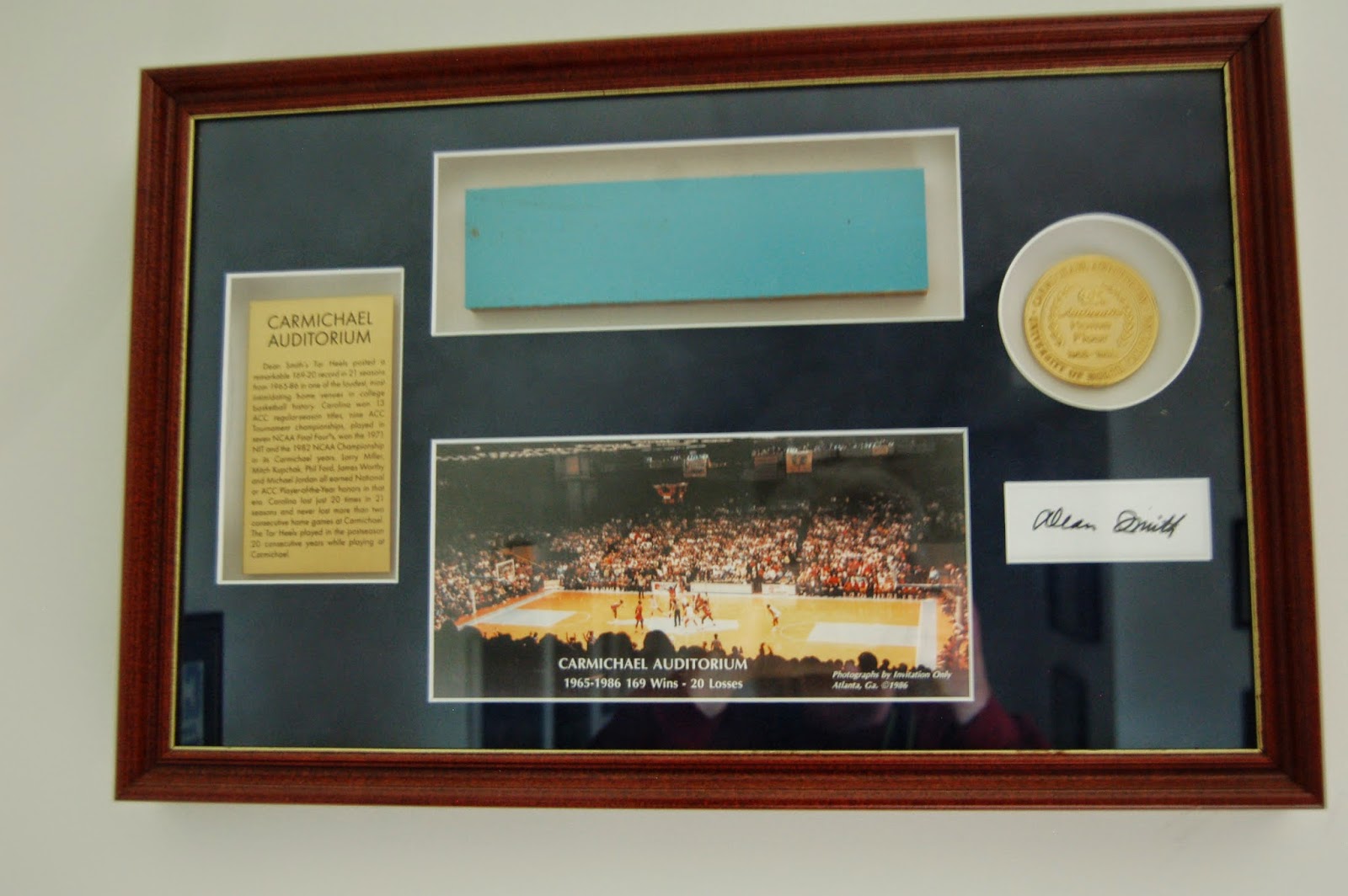 In reply we received a nice note along with a Dean Smith photograph on which he had written, "Best wishes to Randy" and signed by Dean Smith.  Just one small example of Dean Smith's generosity and kindness.


The photograph Dean Smith sent us 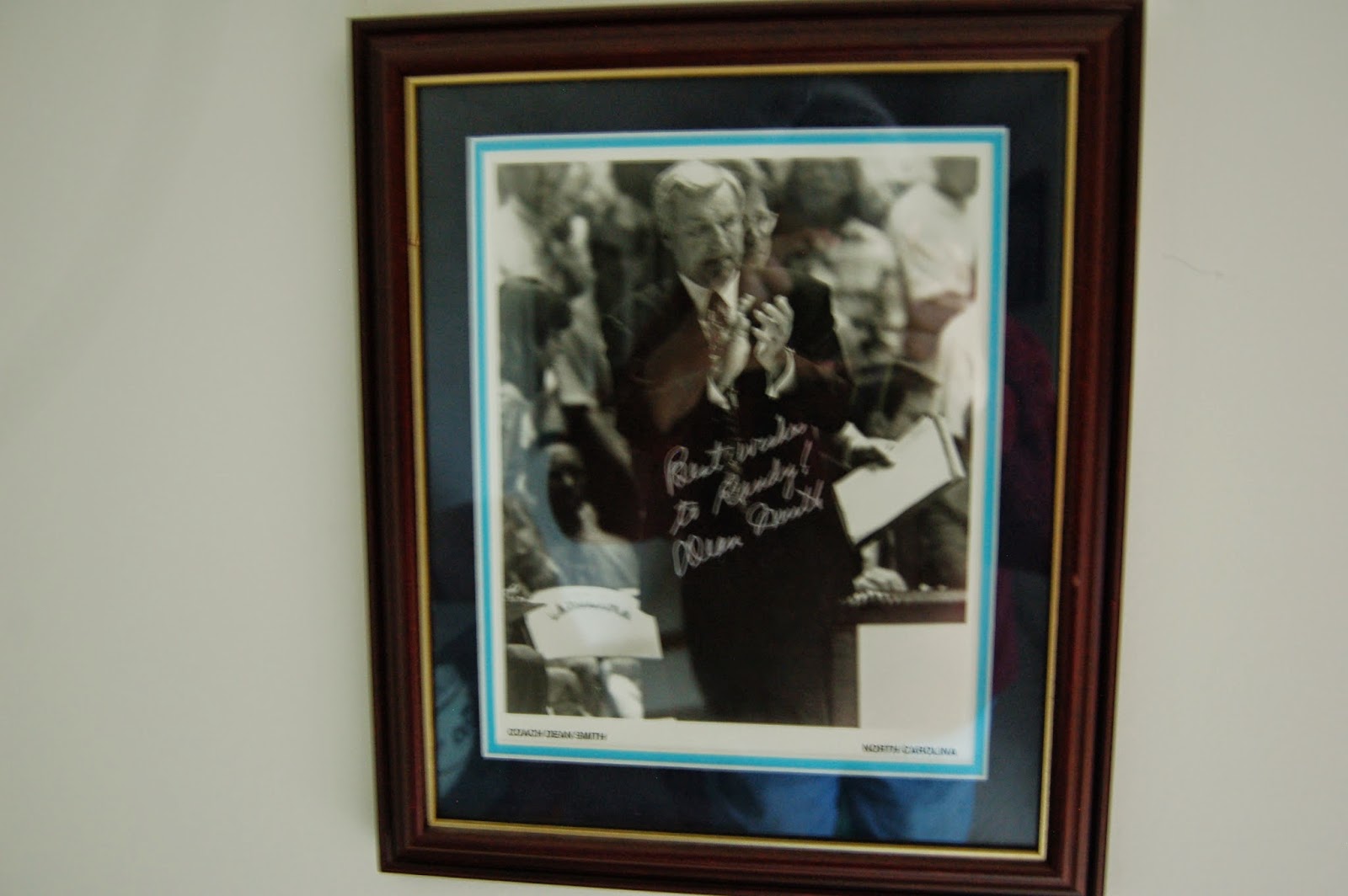 Coach Smith suffered from dementia in his later years.  A man who was noted for remembering the smallest detail about each of his players over the years, he was devastated when he realized his memory was failing him.  It was almost a blessing when his disease progressed to the extent that he no longer realized he was impaired.  And a blessing last week when he found eternal rest and respite.

Remembered for his expertise on the basketball court, Dean Smith also helped promote the political and social views in the State of North Carolina.  He was a civil rights activist at a time when it was not very popular to be one.  He was humble and a deeply religious man.  His memory will linger in the hearts of all who knew him.  And his legacy will endure at the University of North Carolina.

Posted by NCmountainwoman at 12:34 PM

A wonderful tribute. I only learned, after his death, of all these good things Coach Smith did.
He certainly was much more than a coach, but then, I think the best coaches are just that.

I did not know the man, but I know the community, his home church and the stances it has taken, regardless the consequences. Some of my dearest friends attended that church when they were going to school at UNC, and for a few of them, it was a port of refuge as they sought acceptance of their beliefs. I attended a sister church in Raleigh for several years...a church that was also deemed unacceptable by Southern Baptists, for the same reasons. We always knew Dean was one of "us"! By reputation and countless testimonials, he was a truly great person! Oh, and he did alright as a coach, despite the rough start. Thanks for this wonderful tribute and for sharing with us your special memories!

Wonderful tribute! How nice to have something personal from someone you have good reason to admire.

I did not know of him, but your post paints a portrait of an involved (and evolved) community member. His professional and personal credentials are impressive, and I appreciate your sharing the info!

What a terrible disease...I hope we find a cure, soon. My husband's first wife died of early onset, and it was long and horrible for all involved.

Sending my love out to him and his family, and all who called him 'friend.'

He was an incredible man. I didn't know about his steps against racism until after his death. I did know his famous quote "Praise what you want more of". My husband uses that has his inspiration as a teacher, and, in my unbiased opinion, it's made him much better as a mentor and leader.

Thank you for sharing your Dean Smith story. I'm sure you'll always value that photo and signature!

Thanks for shining a light on a very special man many of us did not know off court. What an amazing, courageous man who was so ahead of his time but truly helped to pave the way.

Thank you for writing this. I saw in the news that Dean Smith had died, but did not read the obituary. He was a truly remarkable man who has a permanent place in the heart of history.

Though not a sports fan, I've been in the room through any a Carolina game and was always impressed with Coach Smith's calm demeanor. I had not been aware of his civil rights activities but it doesn't surprise me. Such a good man, by any measure,

What a wonderful tribute to a man I knew little about except for his coaching/teaching prowess. In a small school when coaching a team with one exceptional point guard and a cohort of less than average players I often copied Smiths famous invention "the four corner offense." It worked! :)

Troutbirder - Oh, I remember how much some people hated the four corners. But there are times when it works as in your small school.